Nitro Active is pretty famous around Villa Chardonnay! He is the great grandson of Triple Crown Winner, Secretariat!  And he starred on a CNN television interview based at Villa Chardonnay about 2 years ago! Watch the full CNN video right here!

He is a very sweet and playful thoroughbred, who is only 7 years old, but due to severe leg injuries and arthritis, can never be ridden again. He had won over $200,000 on the Southern California tracks, but only 3 weeks after his last losing race at 6 years old, he was already at an auction, heading to the slaughter house in Canada. This is the plight of many thoroughbreds all across the country. We couldn’t let that happen! So we rescued him and now Nitro Active has a permanent home for the rest of his life, at Villa Chardonnay Equine Sanctuary.

Especailly with the thoroughbreds, not only do they come to us with severe medical issues and leg injuries, they also come with emotional issues. They are used to the track, it is all they have ever known. Then suddenly they are tossed aside, and often moved to multiple locations in a short period of time.  It took Nitro several months to become a “happy horse”. Now he loves to play with EVERYTHING! Including his water bucket that now has to sit outside of his paddock…or he will knock it over! 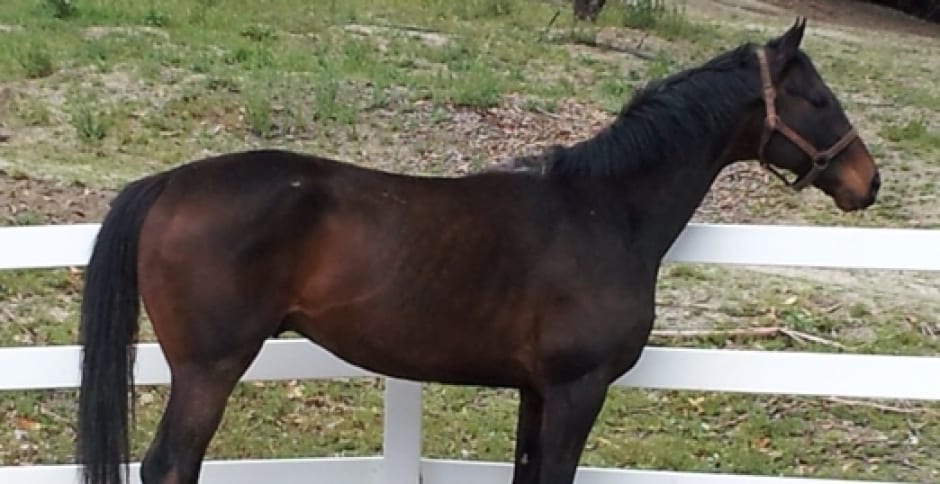