Smoke Grey Lady is such a difficult story to tell. She came to us with her sister Mystical a few years ago. She was terribly injured when she arrived with a leg injury that was cut to the bone and about 12 inches long.  She had rarely been handled and both her and her sister were basically feral.  The larger problem is that they were both pregnant. Initially we did not think Smoke Grey Lady was pregnant. She was too thin, but in time we realized that she was pregnant. It took over a year for her leg injury to heal.

She foaled the beautiful Mony Simcha, Hebrew for Monika’s Joy. Monika delivered her alone in the middle of the night and she was and is beautiful. 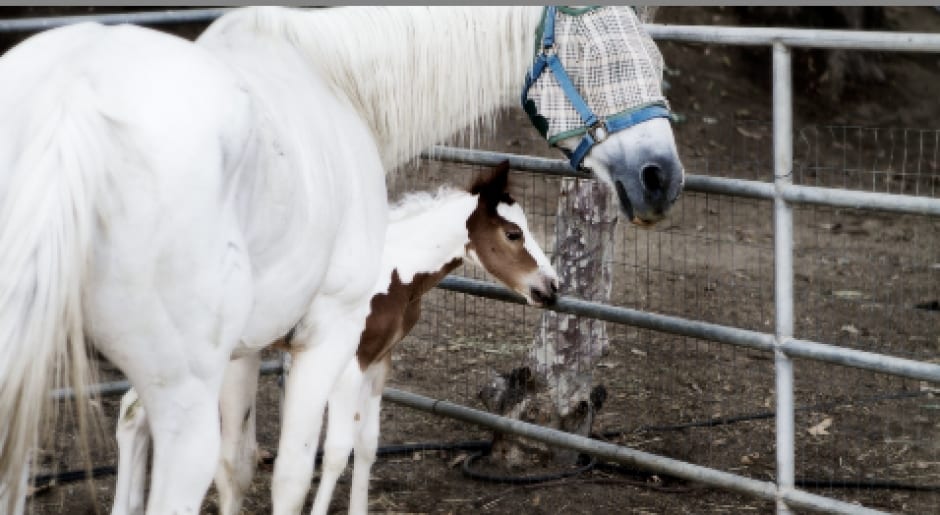